Lycamobile Norway Global Bundles have different options. You can get International minutes for different countries with mobile data within the best price. There different offers in Global Bundle, You can select one of them according to your need at the lowest price as compare to other mobile networks.

This Global S bundle has 100 minutes to China, India, Germany and other selected countries. *You can see these countries on official website of lycamobile*. 250 MB 4G high-speed internet with EU Roaming.

Roaming calls to non-EU/EEA countries calls will be charged at standard roaming charges. Bundle minutes cannot be used for premium rate numbers. Bundle minutes are not valid for roaming & special numbers 250 MB DATA Speed up to 16 Mb/s(1) *100 amount of voice call minutes from Norway to the destinations listed in the table above are included in your package.

The Bundle does not include calls and texts to special numbers or calls made on an aircraft, boat or via a satellite network. This calls will be charged at *rates- it can be general such as the rates charged by 100*.

This offer is the best option if you are living in Norway and using Luycamobile wants to call China, India, Germany. Global M offers you 300 minutes to China, India, Germany and other selected countries. 500 MB 4G mobile data with EU Roaming only on KR 199 for 30 days.

If you want to call China, India, Germany, Canada or many other countries from Norway with in lowest rates. No need to worry just Use your Pay As You Go Sim and subscribe Global L bundle for this purpose and get best price international minutes with high-speed internet.

Global XL Norway Lycamobile Bundle has 500 minutes to Canada, Belgium, Bulgaria and many other countries. You can also get 2 GB mobile internet with EU Roaming. 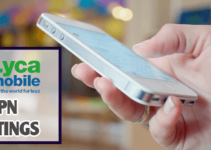